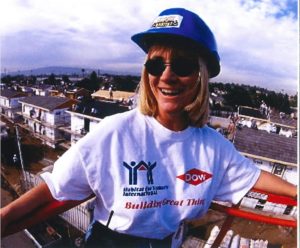 Did you know it only takes ONE person to make a BIG difference in our community? Habitat for Humanity of Greater Los Angeles (Habitat LA) only had one employee in 1998, Ms. Erin Rank, who is now our President and CEO.

When Erin began her tenure, Habitat LA was constructing just one or two houses a year. Since she became President and CEO, we have built, renovated or repaired more than 950 homes in the Greater Los Angeles area! In fact, when Erin first started building, Habitat LA was building our 8th home and this year, we will complete our 1,000th home and start our 1,001st home. 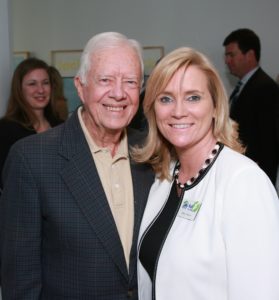 “It’s a blessing every day to work with amazing people to build dreams with inspiring hard-working families in Los Angeles and beyond,” shared Erin Rank, Habitat LA President and CEO.

Her ability to develop and implement plans for success, in addition to her innovativeness, has helped Habitat LA maintain its production goals despite a fluctuating economy over the years.

Erin has served on Habitat for Humanity International’s U.S. Council, which oversees policy making for all Habitat for Humanity U.S. affiliates, including serving as Vice Chair, the top position that can be held by an affiliate leader. She has also served as the Chair of the Board of Housing California. Her accolades include being named among the “Top 100 Irish Americans” by Irish American Magazine and “Alumni of the Year” by Pepperdine University in 2013.

Erin’s commitment to Habitat LA’s mission and to our community are truly inspiring. Happy Habi-versary, Erin! 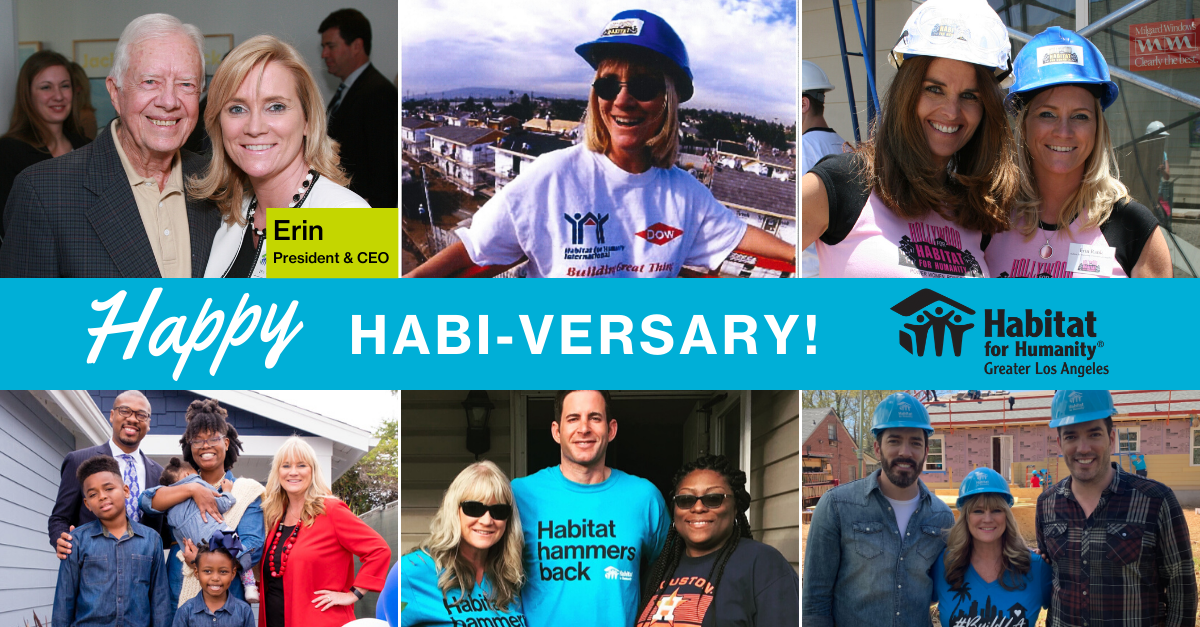