Follow along as mom and daughter make it their own

Anyone who’s ever spent the night in an unfamiliar location knows it can be unsettling. As the first of four families to move into the latest Habitat LA development in South Los Angeles, new homeowner Maria wondered about moving in before any of her neighbors had arrived… Her daughter Valery assured her, “It will be fine. Let’s just go!”

While Maria, who works as a clerk typist for the Hawthorne School District, had known about Habitat for Humanity for many years, it was a mom picking up her son from school who reminded her about Habitat LA’s homeownership opportunities. Although she didn’t have an appointment for an upcoming homeownership meeting, Maria decided to attend anyway, thinking “Maybe it’s my time to apply now.” And that was the beginning of her journey to a new home.

Maria received the keys to their new house in early November 2021, and as it turned out, Valery was right. It was fine—and they soon began to feel right at home. Both mom and daughter enjoy cooking together in the larger kitchen and they’re excited to host friends and family for dinner. The patio is already a favorite spot for Maria, who likes having a cup of coffee outside as the sun rises. She’s planted roses in the garden and is considering a small lawn.

Valery, a student at California State University Fullerton, loves her room—along with the extra closet space. Majoring in Communication Sciences and Disorders, her goal is to become a speech therapist. And with classes being held online due to the pandemic, Valery also appreciates the calm and quiet of their new home. “It’s peaceful here.” On the weekends, she and her mom take their dog Blue for a walk on the beach.

Aside from the comforts of a home, for Maria, owning a house means stability, a set monthly payment, and having a more secure future. The advice she’d give prospective homeowners would be to have faith and not give up during the application process.

“God works in ways that we don’t know. I think that this house was meant to be for us.” 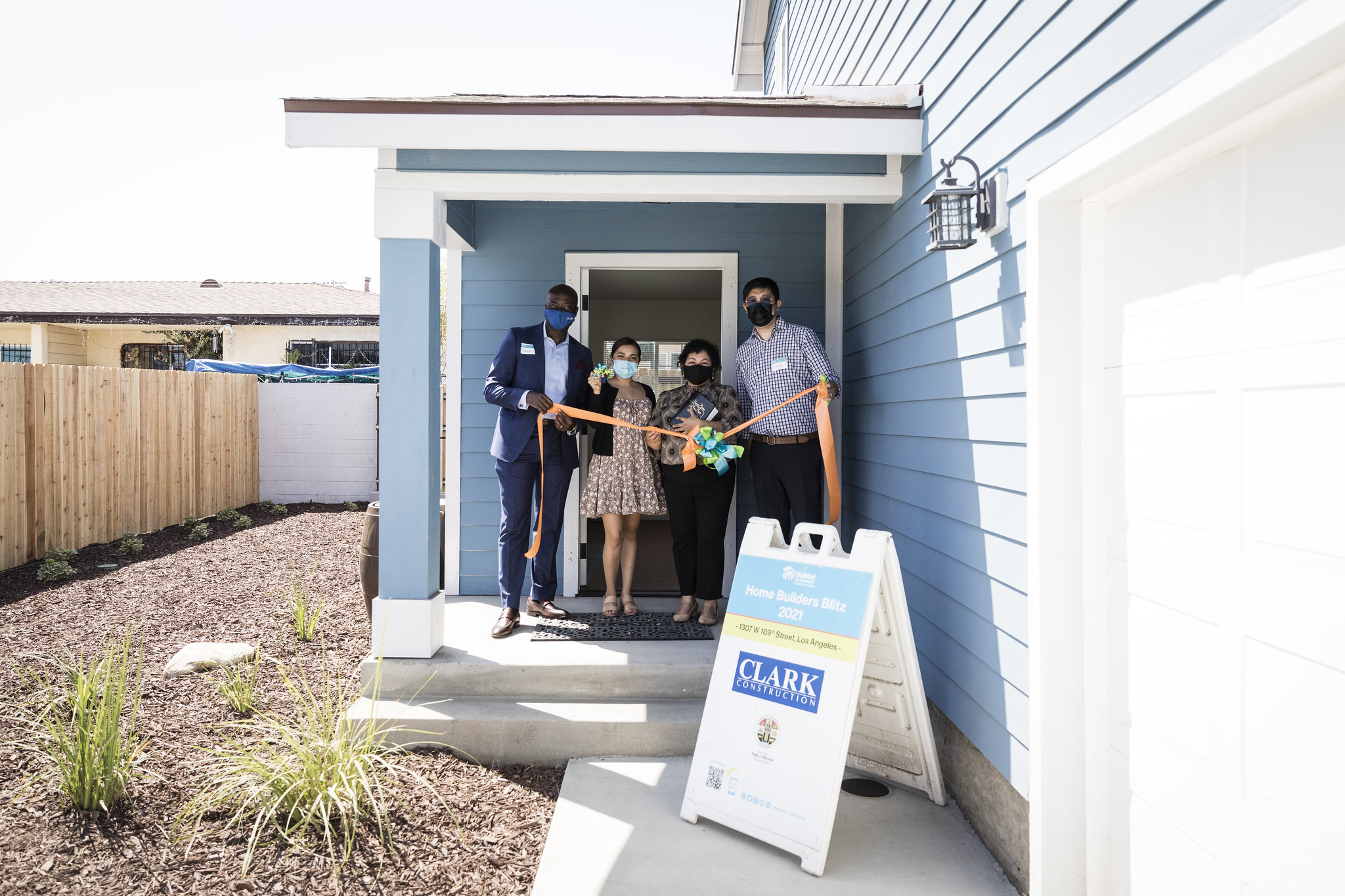